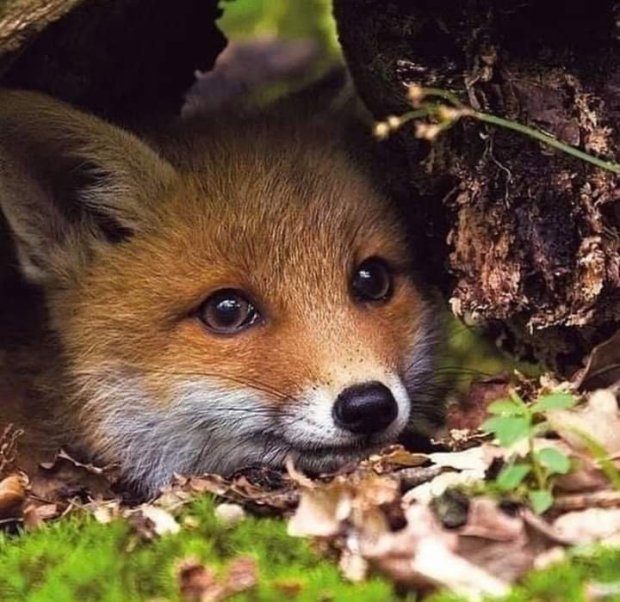 Foxes: Foxes, of which there are many species, are members of the dog family and are the world’s most widely distributed carnivore. They use similar facial expressions and body postures to dogs such as wagging their tail when they greet family members. A male fox is called a ‘dog’, a female fox is called a ‘vixen’, a young fox is either called a ‘‘cub’, ’kit’, or ‘pup’. A group of foxes is called a ‘skulk’.

Foxes typically eat 0.5-1kg (1-2lb) of food a day and do not waste food. If they find or kill more than they can eat at one sitting, they bury (cache) their food in shallow holes 5-10cm deep to eat later and if undisturbed will return for any other kills. This is thought to prevent the loss of their entire food supply in the event that another animal finds one of the stores. This noble trait is responsible for the myth that foxes ‘kill for pleasure’ rather than food.

Foxes can sometimes take chickens and kill more than one to store to eat later. Fox-proof chicken coops are widely available for owners to protect their chickens.

“How many times have we came home to find the kids have written all over the walls or the dog had ripped the house apart with stuffing from the cushions everywhere. “Normal people don’t say “Right lets rip the bloody dog apart” …. If foxes didn’t have their food source poisoned, snared, trapped and their habitat wasn’t invaded they wouldn’t have to look for alternative food sources. Foxes help keep the balance of nature and without them we would be over run with mice, rabbits and rats”.

Just to put things in perspective …. more chicken died from an un-natural death caused by feed manufactures adding un-natural growth additives into chicken feed and poor husbandry (care) than foxes taking a few chicken because their normal food source has been poisoned or snared.

Ability: Foxes have superb ability and are able to sprint, turn and jump with surprising ease for a dog.

Breeding: Breeding foxes often form a pair bond that lasts for life. The pair stays together to act as parents to their newborn kits (cubs or pups).

Newborn fox cubs are blind, deaf and weigh only 100-150g (0.22-0.33lb). A litter of 4-6 cubs is produced each year and may include as many as 13. The female fox stays with her cubs in a den called the ‘earth’ for two weeks and the male fox feeds them. The kits’ eyes are open by 2 weeks and they have taken their first exploratory steps out of the den by 5 weeks; by 10 weeks they are fully weaned. They remain with their mother until autumn when they disperse at approximately 8-10 months old to find territories and mates of their own.

Sadly, hunters often kill the parents, which due to a loophole in the law, terriermen are then allowed to dig out cubs (cubbing/ autumn hunting) which they then use the cubs to train young hounds to chase, rip apart and kill.

Foxes have been brutally persecuted for centuries by humans in one way or another.

In many parts of the countryside foxes have to be imported from other areas or bred to give the hunts something to hunt. Hence why the myth of foxes needing to be controlled is untrue.

Helping farmers: Given their diet, foxes keep the numbers of mice, rabbits and rats down, saving farmers thousands of pounds in lost grain supplies.

Blame: Often, foxes are blamed for killing lambs. However, a fox is no match for a healthy lamb, particularly a lamb being protected by the mother ewe. Domestic dogs, weather conditions, poor husbandry and sickness are the biggest killers. Foxes are only responsible for less than 1% of lamb losses, which are usually the diseased and sick.

Resorting to carrion for food, foxes and badgers will sometimes clean up sheep carcases which are left in fields to rot by farmers. As a result, they can be seen and mistaken for the actual killers.

Area: Once a fox has been killed and removed from an area, a new breeding pair moves in within 3-4 days. It is a proven and well-accepted fact that hunting is an ineffective way of controlling fox numbers.

Fox hunting: Although fox hunting is officially banned in the UK, loopholes in the law allow hunts to regularly kill foxes. It is a well-known fact that hunting does not clear an area of foxes or reduce numbers. Hunting is done purely for tradition and blood lust.

There has been a number of cases where hunts have actually imported foxes from other areas or captured and reared them in order to have something to hunt.

The 2004 Hunting Act, which is supposed to prohibit fox hunting, is full of loopholes and exclusions, offering little protection for our wildlife and is not policed. Allowing hunts to make a mockery of our laws.

When the Hunting Act came into force, the public where conned into believing that foxes would finally be protected from hunting; little did the public know that this law would hardly be enforced.

Terrier men and ‘digging out’: Dog fighting is banned in the UK; yet a loophole in the Hunting Act allows terrier men to send dogs underground into dens of foxes (remember foxes are also a species of dog) where cruel and barbaric dog fighting takes place underground. The foxes are dragged out of their dens by terriers and thrown to a pack of hounds/dogs to be ripped apart.

Foxes have been persecuted for centuries with hunting, shooting, snaring, poisoning and trapping, all of which still happen on a regular basis.

If hunts where obeying the law and not killing foxes (as they falsely claim) then why do hunts need terriermen on supposedly non fox kill hunts. (they lies they tell)

Humane Control: If deemed necessary for a fox to be dispatched, this should be done humanely by a qualified, trained and licensed marksman; foxes should not be ripped apart for fun by blood-lust loving huntsmen. Regardless, the fox population does not really need to be controlled. Foxes are self-regulating and do not breed in lean times. Alternatively where any animal numbers need to be controlled, these animals could be fed a long term birth control pill, which a trial is being used in many parts of the country.

Most of the public are unaware that fox hunting continues today despite there being a ban. Hunts continue to flout the law, making a mockery of our legal system and conning the public, police and courts.

Law enforcement agencies are often accused of turning a blind eye and failing to uphold the law and prosecute offenders despite strong evidence.

85% of the public are against hunting (foxes, deer, hares) but our hunt loving government chooses to ignore this fact to pander to their hunting sponsors.

DISCLAIMER: All content provided on Fox Hunting Evidence UK is for informational purposes only. The owner of this website does not accept any responsibility or endorse any statements, articles or views submitted by individuals. We do not take responsibility for pages maintained by external providers. The owner of this website makes no representations as to the accuracy or completeness of any information on this site or found by following any link on this site. The owner of Fox Hunting Evidence UK will not be liable for any errors or omissions in this information nor for the availability of this information. We accept no liability whatsoever over the availability of linked information and we do not endorse any information or opinions appearing in linked pages. The owner will not be liable for any losses, injuries, or damages from the display or use of this information. These terms and conditions are subject to change at anytime with or without notice.
Loading Comments...