Why do Hunts register as a company 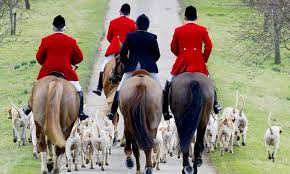 Many hunts have decided to change from club status to a company status and we look at some of the reasons why.

Benefits to setting up a company limited by guarantee :

Opening a limited by guarantee company in United Kingdom can be incredibly beneficial – particularly if your organisation is not-for-profit (such as a sports club or private members’ club). Entities which are limited by guarantee do not have shareholders or shares; instead, they are owned by one or more guarantors (Directors) who agree in advance to pay a set amount of money towards any debts accrued by the firm.

We take a look at the different legal structures available to Hunts, and the advantages and disadvantages of both unincorporated (non registered entity) .. and .. incorporated (registered as a company).

An Unincorporated Club / Association / Group is historically the most common structure used by many private members clubs. The members come together and agree to establish a club with rules and operating procedures. These are then set down in the Constitution. It is the simplest form of club structure, the easiest to operate, and the one that most members will be familiar with.

An unincorporated club has no legal identity of its own. It is run by a committee and it will be members of the committee that have to enter into contracts on behalf of the club. i.e Pony Clubs & Regular Horse Riding Clubs are usually unincorporated. This does not prevent them affiliating to an association or organisation.

An Unincorporated structure is most suitable for small local clubs without significant buildings, equipment or financial assets and not involved in high risk sports where accidents are more likely and potentially costly if negligence could be proved.

A majority hunts do not fit this criteria and on the occasion that something goes wrong the members are liable if the assets of the club do not meet the debt or if it is not covered by insurance. Therefore, if an unincorporated hunt goes bankrupt, the members could be liable for the debts, irrespective of their individual financial circumstances. Because this liability is unlimited, those with more wealth could be hit harder than those with relatively little money.

It must be understood that incorporation does not merely involve registering with Companies House and changing the name. It is a complex process and requires professional legal services. Almost certainly the hunts constitution will require amendments setting out the legal status of the organisation, how the hunt will be run and its aims and objectives.

One other point to note is that if the unincorporated hunt is a CASC (Community Amateur Sports Club) and becomes incorporated, then it will have to re-apply to HMRC to regain its CASC status.

When the 2004 Hunting Act came into force, hunts could no longer call themselves a “Sports” organisation as on paper they were now just “Trail Hunting” and no longer had an opponent i.e the quarry, so many hunts listed themselves as a business.

Converting the club to a Limited Company enables your club to become established as a legal entity in its own right and separate from the individual members. There are two forms of Limited Company :

Companies limited by guarantee, where the members of the company each guarantee to pay a nominal sum (usually up to £5 each) in the event of the company being unable to meet its obligations.

There are several advantages to the Limited Company structure. Because the club is a distinct legal entity, it is easier for the club to enter into contractual arrangements (e.g. to borrow money, own buildings, or stage large events). The club itself, rather than the individual members, are responsible for the club’s obligations and debts (unless one of the officers has acted negligently or fraudulently, in which case the individual remains personally liable). In addition, the individual members can only be held responsible for the debts and obligations of the club up to the nominal value of their guarantee.

The disadvantage of incorporation is that the regulation and administration of Limited Companies is more onerous and there are legal penalties for failure to comply.

To be a limited company: –

However, the advantages outweigh the disadvantages and incorporation should be considered if one or more of the following apply to the club/hunt :

Unincorporated Hunt  (not registered as a company)

Company Limited by Guarantee  (registered as a company)

DISCLAIMER: All content provided on Fox Hunting Evidence UK is for informational purposes only. The owner of this website does not accept any responsibility or endorse any statements, articles or views submitted by individuals. We do not take responsibility for pages maintained by external providers. The owner of this website makes no representations as to the accuracy or completeness of any information on this site or found by following any link on this site. The owner of Fox Hunting Evidence UK will not be liable for any errors or omissions in this information nor for the availability of this information. We accept no liability whatsoever over the availability of linked information and we do not endorse any information or opinions appearing in linked pages. The owner will not be liable for any losses, injuries, or damages from the display or use of this information. These terms and conditions are subject to change at anytime with or without notice.
Loading Comments...